New Sony G Primes About to Be Announced

Wow... three really attractive Sony G primes are strongly rumored to be announced tomorrow (as I type this) March 23rd.

These lenses might be attractive on any Sony body... but the A7c in particular...

The only question is price.

Yep, I've seen rumors about these for a week or so now, mostly based on a tweet from "Nokishita" who apparently has a good track record on leaked/predicted products. I've seen guesses of anywhere from $599-$899 or even higher. These were said to be compact Gs but until now I had not seen any images. They do look pretty reasonably sized. Focal length "gap" is pretty good. Aperture was a question, looks like 2.x across the board. Which honestly given advances in higher ISO image quality on recent lines, is probably fine for most people. Depending on price, I think these could be a big hit for Sony.

We may know more tomorrow.

These 3 do look like a match for smaller bodies, same filter size and lens size, Nice!

When I bought my 1st Sony, the A7III 2-1/2 years ago, I went with the 28mm f2, 35mm f2.8ZA and the 55mm f1.8ZA. Have sold the 28mm f2 and instead bought the Voigtlander 21mm f3.5 CS lens, as 28, or this new 24, is not quite wide enough for me. Combined with the 2 Zeiss Sonnar ZA lenses the 3 I have make for a very lightweight and sharp kit, with better lens spacing than this new lens trio, for my general photography in what I call "my wife" photo kit. And just like my wife, I won't be trading them in on a new and younger, somewhat sexier model. Very happy with what I have

Wow. I love the aperture rings on my Fuji lenses, and my vintage ones. I hope these aren't "declicked". I like clicks.

Tipton said:
Wow. I love the aperture rings on my Fuji lenses, and my vintage ones. I hope these aren't "declicked". I like clicks.
Click to expand...

Or at least give us a choice. Some lenses do that so one can shoot stills or video.

These lenses might be attractive on any Sony body... but the A7c in particular...

https://www.sonyalpharumors.com/sony-announcement-will-happen-soon-stay-tuned/
"Apparently the price of the lenses will be 700€. And only the 24 and the 50 will have ED glass, not the 40mm."

So US price should be around $700... They are not going to make cheaper than Sigma dn's ($500-$700) which have similar aperture rings... Zony 35mm 2.8 is even more expensive at $798. Samyang will keep the bargain status, esp now they are on sale also:
https://www.bhphotovideo.com/c/search?Ntt=samyang fe&N=0&InitialSearch=yes&sts=ma

Well... the announcement is official... and the price is $599 for each! The aperture rings can click or not depending on how you set them! Filter diameter for all three is 49mm.

And already we have early reviews...

Good build quality and weather sealing, decent image quality though the chromatic aberration is a bit disappointing, bokeh looks decent, flare resistance not bad. DPreview was on an A7Riv so I wonder if it will fare differently on lower-res sensors. Not too big, and linear focus motors for quick, quiet AF. Pricing is pretty good for a relatively compact Sony lens. I bet they sell a lot of them.

Biro said:
Well... the announcement is official... and the price is $599 for each! The aperture rings can click or not depending on how you set them! Filter diameter for all three is 49mm.

And already we have early reviews... 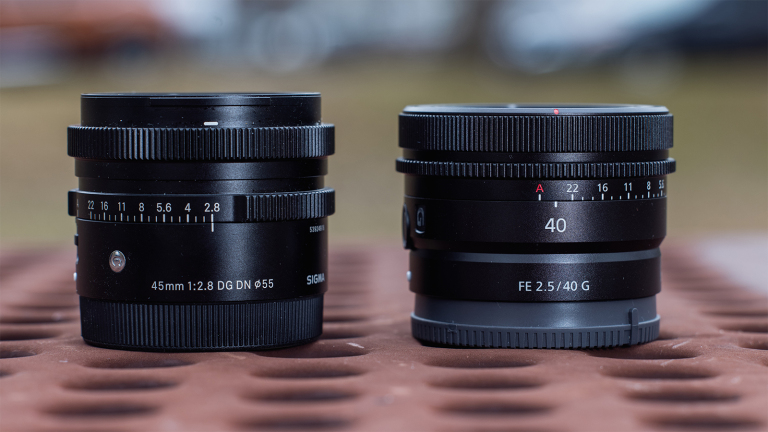 
and 40mm is sharper in another review:

Nice lenses! Though I'm pretty much cured of my Sony GAS. Samyang and Tamron have given all the primes and zooms I need. Plus I still have my budget Nikon AI-S manual lens collection when I want an aperture ring!

Wonder about the general IQ and AF of these lenses vs the Tamron 28-75mm zoom at somewhat equivalent focal lengths or vs the Tamron 20mm, 24mm or 35mm f/2.8 primes...

Was immediately interested in the 40mm. .... so will be following the review avidly!

christilou said:
Was immediately interested in the 40mm. .... so will be following the review avidly!
Click to expand...

Quite interesting and attractive this set of lens.
I think I am going to dive into the 40mm !
My wife uses the 6600 and the Sony 85mm (127mm) and with this 40 (60mm) she will have another wait to see around. She doesn't like a kit zoom available when purchasing the camera.
She rarely uses my GMs as they are too heavy and she is right, indeed.
I will probably be very happy to offer her a 7C but not at the moment.

I wonder how many of us will now seriously consider the A7c if they have access to these lenses... or whether we'll buy a couple of these lenses for use on, say, the A7 or A9 series bodies.
Last edited: Mar 23, 2021

I wonder how easy it is to use that button so close to the camera body?

But I don't have always-on eye-auto-focus.

Gordon's review videos are a good summary with comparisons to Sigma 24/45mm and Sony 50mm 1.2: