It's been a little more than 24 hours since Apple released iOS 14.3, which includes the much hyped ProRAW feature. So of course I had to download and install it on my iPhone 12 Pro to check it out. And I have to say, I'm impressed.

Here's a shot I took using the feature out at one of my favorite nearby scenes, developed in Adobe Lightroom on my 12.9 inch iPad Pro. You can view the full-size image on my Flickr page. 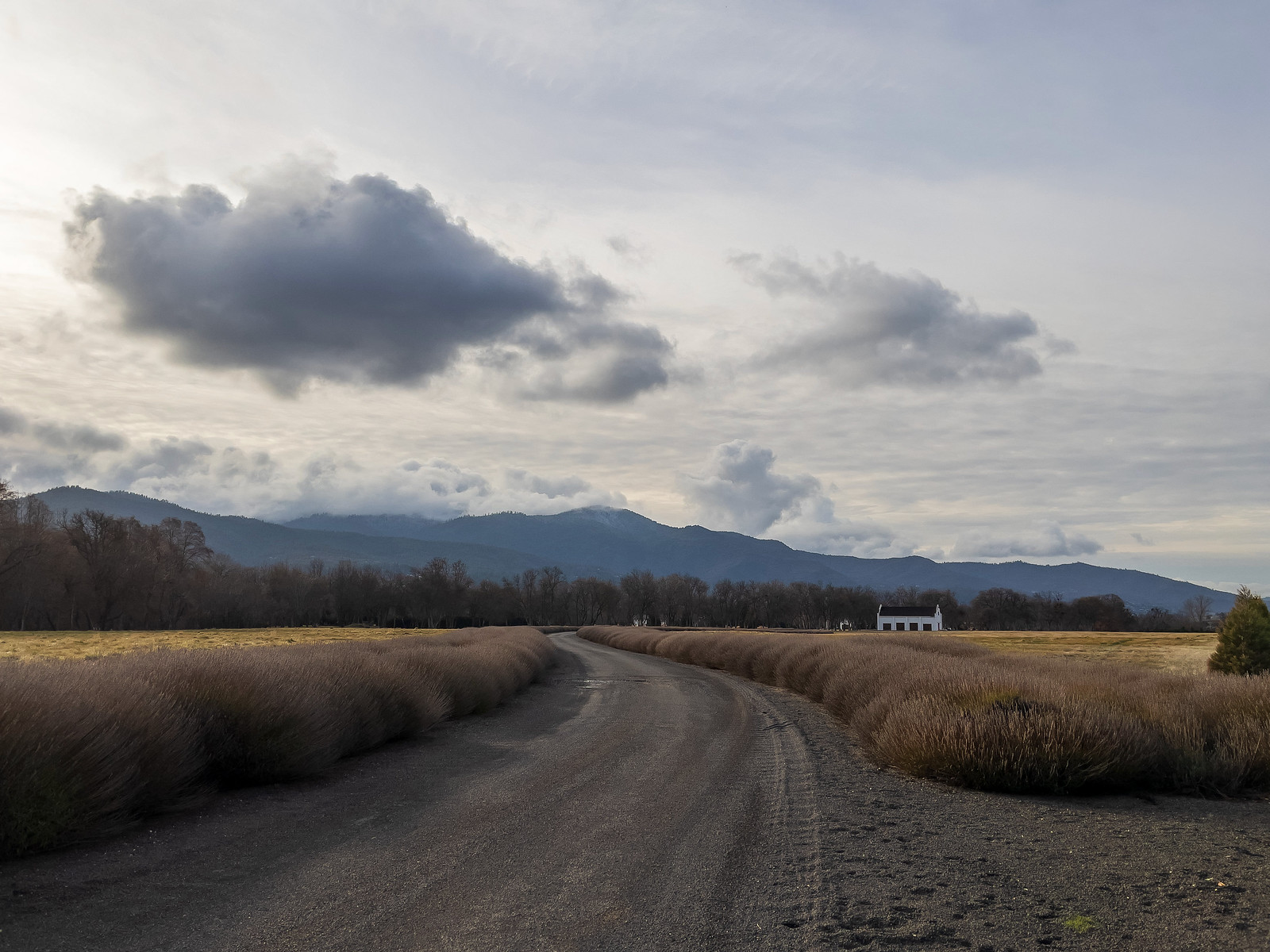 I also shot the same scene using the built-in HEIC format, again using Lightroom on the iPad to process it to taste. 
Not much difference, you say? Perhaps, until you look closer. Here are some 100% crops of both the exported HEIC and ProRAW, exported as jpegs. 
I have to say that my mind was fairly blown when I viewed those crops for the first time. And I look forward to testing this new feature more in the coming days. I know this is heresy, but I can already see me leaving my Sony gear at home for shorter trips on the motorcycle, or whenever I want to travel very light. And I suspect that Sony had better keep their eyes in the rear-view mirror. This computational photography thing is gaining on them fast.

This, the sensor shift stabilization and the wider aperture lens on the 12 Pro has me wondering about going to that over my 11 Pro (I could shift my 11 Pro to another in our family plan and upgrade an old phone for the 12 Pro). Some reviewers have indicated seemingly less sharp images in some shots with the wider aperture lens on the 12 vs the 11. These images don’t reinforce that concern for me. I don’t have an ultra wide for my Sony body, and often turn to my phone for those shots. This looks promising.

That sensor shift feature (and bigger sensor) is only available on the larger iPhone 12 Pro Max, not on the 12 Pro. But you’d also get a slightly longer “telephoto” camera. So as long as the bigger form factor doesn’t bother you, it may be worth checking out.

I was visiting my wife's sister and her husband today at their new house. He was displaying some of the pictures he had taken on his phone on a 55" Sony TV in the living room. I will admit it was hard to see the picture mainly due to the full wall sliding glass doors out to the patio. But I got up close to the TV and the pictures were pretty darn good. I don't think he has the latest and greatest iPhone either as some of the pictures were older ones from his place in Mexico. The ones from his old house up on PV looked good showing the LA Harbor cranes for unloading the container ships.

@WoodWorks is raw available at the widest lens too?
Shots look fantastic!

Thanks Edwin. Raw output has been available on iPhone cameras since the iPhone 8, I believe. But Apple’s ProRAW, which combines all the computational stuff with the ability to output a 12-bit dng file, is currently limited to the iPhone 12 Pro and Pro Max. And it’s available on all 3 rear cameras and the front “selfie” camera.

WoodWorks said:
That sensor shift feature (and bigger sensor) is only available on the larger iPhone 12 Pro Max, not on the 12 Pro. But you’d also get a slightly longer “telephoto” camera. So as long as the bigger form factor doesn’t bother you, it may be worth checking out.
Click to expand...

Yeah, and it would be the Max I would be considering. And, I am not sure, as I don't love the larger form factor. I got the 11 Pro and not the Max then because I wanted the smaller phone. But, I could live with it if I really wanted to. I am wondering if I should just wait until the next iteration when those improvements move down to other, smaller models. I am certainly not unhappy with my 11 Pro for what it can do well - I have gotten a number of images I like with it so far.

I think the name "ProRAW" is unfortunate, as it is anything but raw data. I know they all manipulate raws to some extent (see Sony lossy ARWs) but this to me is clearly not raw at all. So it further dilutes the meaning.

That said, I agree computational photography is probably going to be on nearly all cameras at some point. I think we will actually lose something at that point, and along with sophisticated photo editors the art of it will be gone (in my opinion). I am a technologist by trade so I'd like to think I am not a luddite. But even with digital bodies, there is something satisfying about choosing a lens which is still at its core a very physical thing, and learning how to get the most out of it alongside your camera of choice. I do realize I have a lot of technology involved in a digital camera body and lens optical designs, so I am likely self-delusional, lol.

Well, Apple isn't known to be too timid when it comes to naming conventions, what with slapping "Pro" on just about everything they sell these days. But I've got 12 bits of data to play with in these ProRAW files, and a whole mess of headroom in the highlights, shadows, and detail. So I'm not inclined to make a fuss about the dilution of the word "raw."

Here's another sample for you. I underexposed this image by two stops to try (vainly) to preserve the highlights in this HEIC file, which I exported as a jpeg. 
And here's the ProRAW image with a few tweaks in Lightroom on my Mac. 
That's pretty much what my eyes saw. And though I applied no noise reduction, nor sharpening here, you'll search in vain for any noise in the shadows of that image, and all of the detail is there.

Interesting tidbit I read is that Apple basically used enhanced DNG files in accordance with already established abilities to embed additional tags/info. So they cannot really claim patents or IP on the file format. I know, Apple did that? It does bring some interesting possibilities down the road, such as others adopting the file format. I don't see Canikony doing that but maybe other cell phones or camera makers.

Yes, the developers of Halide, a popular 3rd party camera app for the iPhone, wrote an interesting blog post on their web site that took a deep dive into ProRAW. Much of it is over my head, but it does seem that the future of phone photography is looking brighter than many of us expected.

Question for the smart guys and gals here...